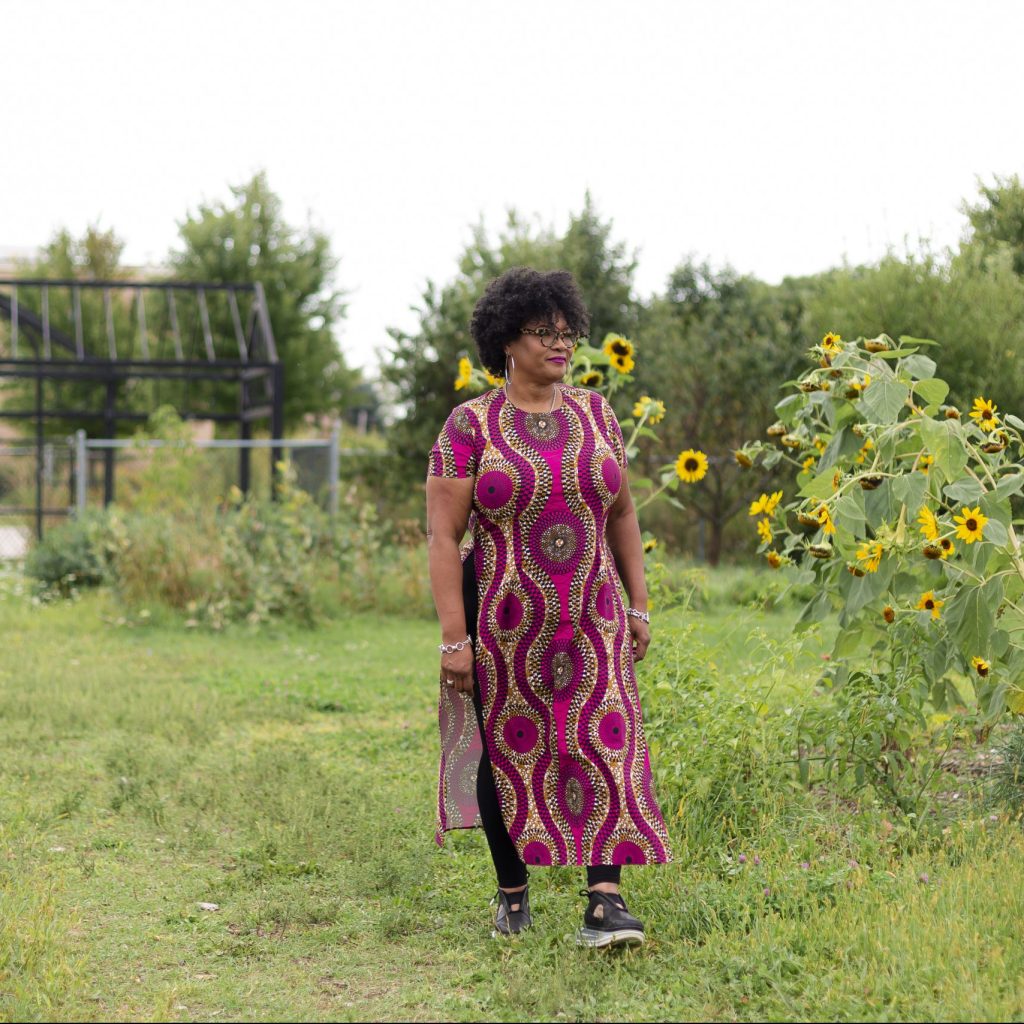 Her research engages communities of color and grassroots organizations that are involved in the development of sustainable community food systems as a strategy to respond to issues of hunger and food inaccessibility. Her publications include, “Sisters of the Soil: Urban Gardening as Resistance Among Black Women in Detroit” and “D-Town Farm: African American Resistance to Food Insecurity and the Transformation of Detroit.” She is currently working on her first book, “Freedom Farmers: Agricultural Resistance and the Black Freedom Movement, 1880-2010,” which contextualizes new forms of contemporary urban agriculture within the historical legacies of African American farmers who fought to acquire and stay on the land. Using historical and contemporary examples, Freedom Farmers examines the development of farmers’ cooperatives as strategies of resistance, and documents the ways that these organizations, in general, and Black farmers specifically, have contributed to the Black Freedom Movement.

As a result of her scholarship and community work, Dr. White has received several grants including a multi-year, multi-million dollar USDA research grant to study food insecurity in Michigan. She has also received several awards including the 2013 Olsen Award for distinguished service to the practice of Sociology from the Michigan Sociological Association and the Michigan Campus Compact Faculty/Staff Community Service-Learning Award. She was appointed to the Food Justice Task Force sponsored by the Institute for Agricultural Trade Policy (IATP), maintains a highly ranked and reviewed blog (soil2soul) and is highly sought after and has presented her work at many national and international community organizations, colleges and universities.

“Enter to Learn, Depart to Serve: The Application of the Kufundisha Pedagogical Model at A Historically Black College.”  Teaching Sociology, 31 (4):  383-396.

Manuscripts in Progress and Under Review

White, Monica, M. “A Journey to Liberation:  Culture of Resistance and Mobilization in the Newsletters of the League of Revolutionary Black Workers.” Under Review at Critical Sociology.

White, Monica, M. “The White Elephant in the Community Garden: Race, Whiteness and the Urban Gardening Movement in Detroit.” To be submitted to Mobilization.

Winner of the 2020 First Book Award, Association for the Study of Food in Society